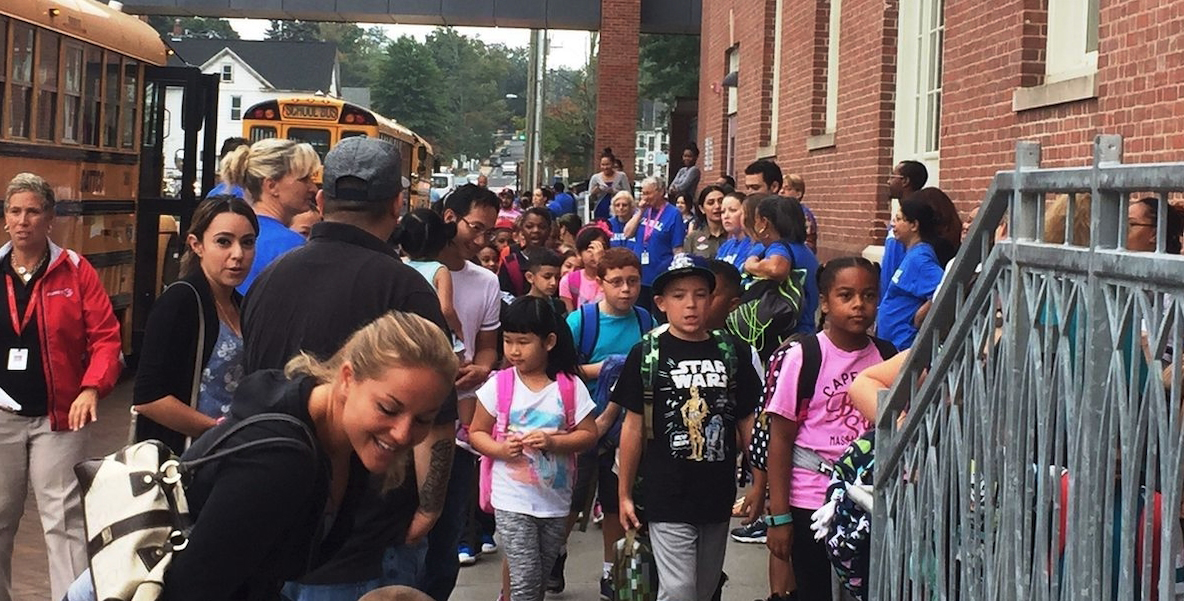 MANCHESTER – Most Manchester public school students, including 95 percent of fifth- and sixth-graders, said they have friends from other races in their schools. At the same time, however, a majority of students, 75 percent in grades 7-12, say they have heard racist jokes or remarks from other students. Those are among the findings of a district report released Monday titled Equity Informed School Climate Assessment (EISCA). As the makeup of the town changes, school district leaders say the time is ripe to tackle attitudes and practices that hurt black and Hispanic students and others from minority segments of the school community.

“While we have known for some time that there are institutional and systemic inequities that prevent all students from reaping the same social and educational benefits, EISCA provides us with information — thanks largely to input from marginalized groups sharing their experiences — for continued progress and improvement,” School Superintendent Matt Geary said.

Evaluators from the RE-Center, Race & Equity in Education, a Hartford-based nonprofit organization, gathered input from students, staff and families in the 2017-18 school year. The report covers inequities in discipline along racial lines; sexual harassment; gaps in the curriculum; problems with alternative education programs; and the lack of teachers from minority groups, among other issues.

Evaluators gathered data through surveys of students in grades 5-12, administrators and teachers and non-certified staff members and parents and other relatives of students.

Available in summary and full versions on the district website (mpspride.org), the report says equity in education exists “when students from marginalized groups reap the same social and educational benefits as their peers.

“Achieving an equitable educational environment,” according to the definition, “requires institutions to transform their policies, practices and cultural patterns to re-distribute access and opportunity to those who belong to currently and historically marginalized groups.”

A changing town and school district

The number of white Manchester residents, now about 61 percent of the population, decreased by about 3,700 from 1990 to 2000 as more black and Hispanic people arrived. Public school students, according to figures from 2016-17, are 39 percent white, 22.4 percent black, 27 percent Hispanic and 8 percent Asian. Six percent are English learners and 51.7 percent are eligible for free or reduced-price meals. About 14 percent of students had one or more disabilities that qualified them for individualized education plans. Local educators serving those 6,300 students are 91 percent white, 5 percent black and 4 percent Hispanic, the report says. The lack of teachers of color, according to some staff members who were interviewed for the report, affects lopsided discipline of black and Hispanic students. Some students said teachers do not understand them and resort to yelling at them or kicking them out of class.

In 2016-17, black students received 327 in-school suspensions and 184 out-of-school suspensions. For Hispanic students, the numbers were 310 in-school and 171 out-of-school suspensions. White students received 169 in-school and 98 out-of school suspensions in the same time. For Asian students, the figures were eight in-school and seven out-of-school suspensions. At the same time, however, many students reported being helped, encouraged and supported by teachers and other staff members. More than 90 percent of staff, including 90 percent of staff members of color, “agreed that they are proud to work in their school or office, agreed they feel a warm connection with at least two coworkers, and agreed that they are valued members of their school or office team,” the report said. Also, the great majority of family members who were surveyed said they feel respected by staff and have had positive interactions with teachers and other district workers, the report said. Also, the majority of family members, including families of color, families who are not native English speakers, and families who are non-Christian, agreed that they feel good about their child’s future, their child is treated fairly in school, their child has at least two friends at school that accept them, and their child has friends from various racial and ethnic backgrounds, the report said.

Still, racist attitudes and discrimination persist, the report said. Sixty percent of students in grades 5 and 6 and 75 percent in grades 7-12 said they heard racist jokes or remarks from other students. A Hispanic student reported other students saying that “Puerto Ricans are dumb and idiots,” which made the student cry, the report says. An Asian middle school student reported being asked if she eats dogs. A Muslim student who wore a hijab said, “I never felt unsafe, but more so targeted. … I just realized how much people’s perception changed when I took off my hijab. I got a lot of terrorist comments [wearing it].” The same student said, “I had to use the faculty bathroom all year last year because of something that happened in the bathroom — a group of girls said I was making a bomb in the bathroom and it was constant. The teachers were all nice about it, but why do I have to be different?”

In a high school classroom, an evaluator observed a teacher repeatedly calling a student wearing a hijab by the name of another student in the class who also was wearing the head covering, the report said. Half of staff members said they have heard racist jokes or remarks from students, and staff members of color were significantly more likely than white members to say they have heard racist jokes or remarks from adults, according to the report. Many staff members from minority groups also talked about strained relationships between white staffers and students of color. One white male staff member said, “I think there is lots of fear. Fear of the kid. Fear of the parent. “Some is actual, ‘I am afraid of you. You could actually hurt me,’” the staff member was quoted as saying. “Some of it is, ‘I am afraid to do the wrong thing.’ Especially when it is a white staffer and a student of color.”

Another veteran teacher said many white Manchester residents think black people “ruined the town.” “That is the pervasive attitude,” the teacher said. “There are teachers here who hold those beliefs, and it definitely interferes with the work we are trying to do.”

Sexual harassment also has contributed to inequity in the district, according to the report. More than 30 percent of female students disagreed that they felt safe in school, and among female students of color in the middle and high school, 31 percent reported being the targets of sexual comments. An eighth-grade girl told evaluators that boys called her names and touched her without consent.  Boys labeled girls “thots,” shorthand for “that ho, or whore, over there,” the girl said. She and other girls also reported a lack of support from staff in confronting boys about such behavior.

The report also found that the district lacks “a meaningful multicultural curriculum.” Evaluators found that the curriculum includes “minimal histories and narratives of people from marginalized groups” and a lack of connection to current events and examination of larger global justice issues.

Manchester is the first school district in the state to undertake such an effort, according to Kate Busch Gervais, executive director of RE-Center Race & Equity in Education. “Manchester Public Schools has demonstrated national leadership by engaging in this critically important work, and they should be proud,” Gervais said. “We look forward to learning more about the ways MPS will engage with the findings from the report and create positive changes in the years to come.” The report says district leaders should move immediately to prevent discrimination and sexual harassment, hire more teachers of color, revise the curriculum and continue to work toward a more equitable environment.  Also, the high school should ditch its Indians mascot, which promotes a harmful stereotype, and all bathrooms should be made gender neutral, according to the report.

The district’s Youth Equity Squad will be leading conversations to engage all members of the community in the ongoing work, according to the district. “We believe strongly that when those with the most marginalized identities are served well, the school district creates a healthier learning environment for everyone,” Geary said.

“The EISCA report revealed that there are many great, inclusive, positive dimensions to our diverse district, but we also know there is much more to be done. In the 2019-2020 school year we look forward to starting on our ‘next steps’ that can directly address the impacts of various forms of inequity within the district.”

Jesse Leavenworth can be reached at This email address is being protected from spambots. You need JavaScript enabled to view it..