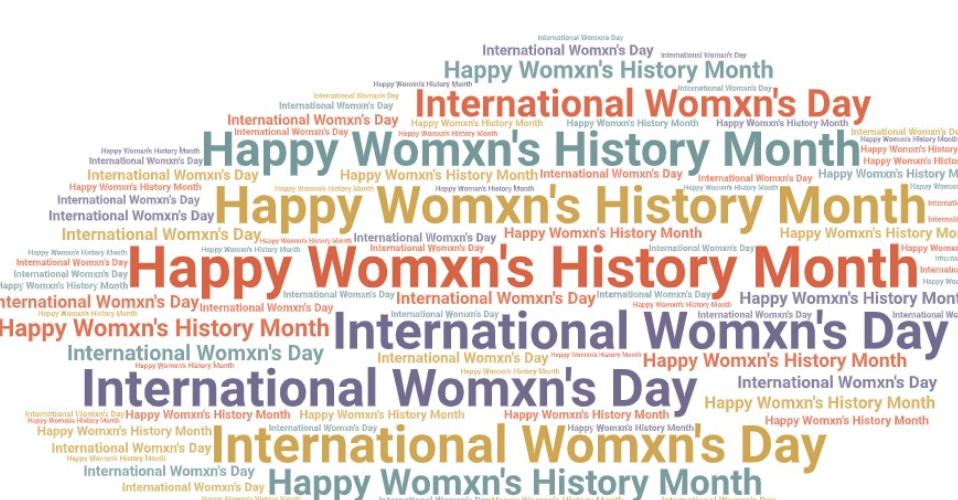 In March, we celebrate Womxn’s History Month, and on March 8th, we get the chance to celebrate International Womxn’s Day. During this time, we get a chance to unearth and celebrate the accomplishments and contributions of womxn* throughout history and today. All over the country, students will be learning about Alice Paul, Susan B. Anthony, Gloria Steinem, Ruth Bader Ginsburg, Virginia Wolf, and Emily Dickens.

If you are lucky, maybe you will learn about Angela Davis, Toni Morrison, Harriet Tubman, or Ida B. Wells. Most likely you will never learn of Dolores Huerta, Sojourner Truth, Fanny Lou Hammer, Luisa Moreno, Celestina Cordero, Mary Jones, Lili Elbe, Lucy Hicks Anderson, Tarana Burke, Susan La Flesche Picotte, Elizabeth Wannamaker Peratrovich, or the many other womxn at the intersection of race, gender, sexual orientation, poverty, and other markers of marginalization.

Too often this month is monopolized to share the stories, the narratives, and the experiences of white women, as the universal representation of our achievements and collective struggle. Creating a monolith and whitewashing a community, that is nuanced and diverse. Intentionally erasing our history, struggles, and accomplishments that are rooted in our difference.

Imagine an educational culture where womxn and young girls learn about themselves and others as whole human beings, where the breadth of our experiences are recognized and honored.

Imagine creating a space where we can learn to see womxn, girls, and all people through the complexity of their identities and experiences. When the world gets hard and there is chaos, just sit still and imagine, what it could all be.

Is there a moment in Womxn’s History month we’ve missed? Let us know on Facebook or Instagram!

Cristher & Your Friends at RE-Center

Definition: A more inclusive, intersectional term that sheds light on the prejudice, discrimination, and institutional barriers faced by all identities that exist in opposition to misogyny, including women (trans and cisgender), femme/feminine-identifying genderqueer, and non-binary individuals.