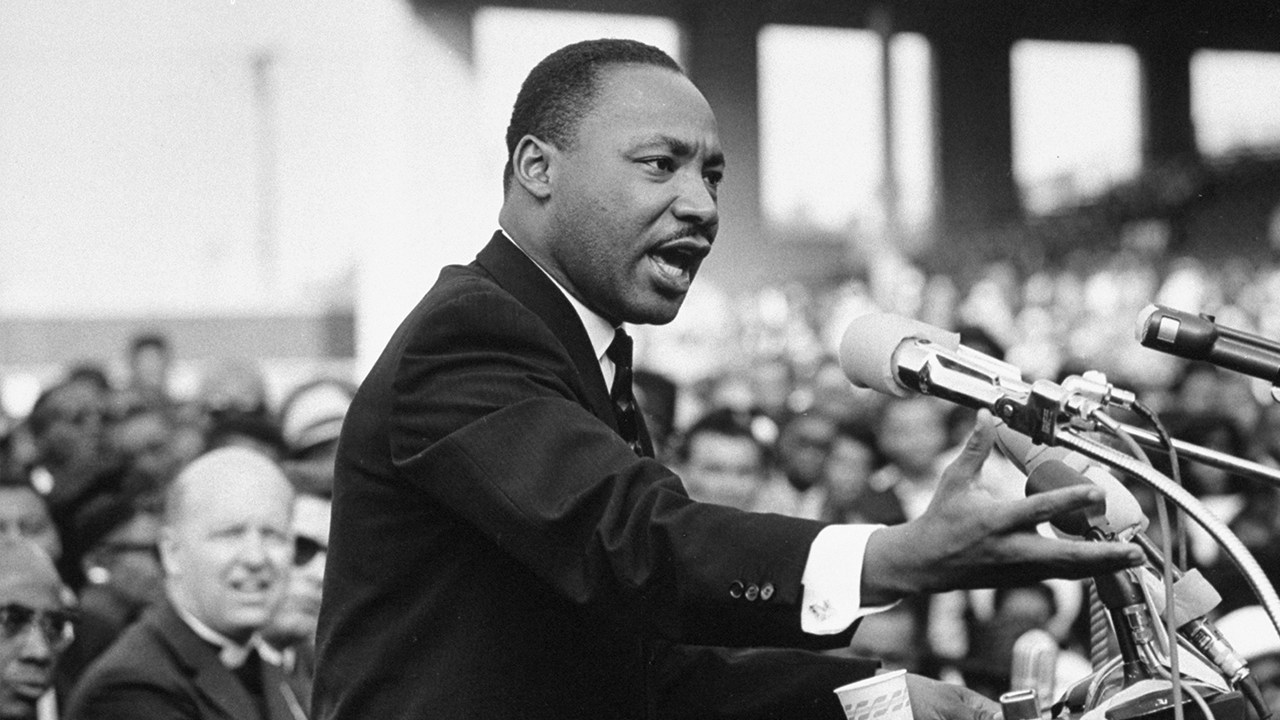 From MLK to BLM: A Conversation About Dr. King’s Legacy and Where We are Today!

In 1963, during the March on Washington for jobs and freedom, Dr. Martin Luther King Jr. delivered his famous “I Have a Dream” speech on the steps of the Lincoln Memorial. The basis of the speechrepresented the hopes and dreams of all BlackAmericanswho struggled for their rights and freedom. In his speech,Dr. King talked about issues faced by African Americans in 1963, who after 100 years since theEmancipation Proclamation, werestill not free.…and “…sadly crippled by the manacles of segregation and therefore the chains of discrimination.”Dr. King highlighted in his speech that protest is not a departure. Itis not about voicing grievances then going back to the status quo: “the whirlwinds of revolt will still shake the foundations of our nation until the brilliant day of justice emerges.”Often it is asked, what can be done to disrupt racial oppression and oppressive institutions. During his “I Have a Dream” speech, Dr. King provided some specific goals. He dreamed of a world without poverty, voter suppression, war, andpolice brutality. “We can never be satisfied,” he said, “as long as the Negro is the victim of the unspeakable horrors of police brutality.”

Fifty-eight years later,millions of people in hundreds of cities all over the United Statesand around the world marched in support of the Black Lives Matter Movement. It was one of the largest movements in the United States history and a global rallying cry against white supremacy and state–sanctioned violence. In horror, the world watched as, once again, tanks, tear gas, and riot gear were used, against mostly peaceful protesters. A strong reminder that some things have not changed since the water hoses, dog attacks, and police brutality of Martin Luther King’s time.

There are many parallels between the Civil Rights Movement and the Black Lives Matter movement. BLM is the natural evolution and continuation of the work started by the Civil Rights Movement. Both movements believe that everyone is entitled to their innate dignity as human beings. Both use non-violent direct action to promote their message of equity and justice and to influence change. Both use boycotts as a tool to further their goals and raise awareness. The goal of both movements is aimed at achieving political change. The stark difference is that, while the Civil Rights Movement was fighting racism through segregation and Jim Crow laws, the Black Lives Matter Movement is fighting the “new Jim Crow, the racial profiling, police brutality, voting restrictions, and mass imprisonment of African Americans and other people of color in the United States.”1The Black Lives Matter Movement is centered on a complete restructuring of political systems relating to law enforcement and the prison industry, typically known as the Prison Industrial Complex.

Often people ask, “what would Dr. King think of the BLM movement.” Would he provide the same level of criticism that the Black Lives Matter movement has receivedby civil rights leaders, Democrats, Republicans, the NFL, the police just to name a few?Many fail to remember that Dr. King understood young Black peopleto be friends of liberty. Dr. King said, “I submit that an individual who breaks a law that conscience tells him is unjust, and who willingly accepts the penalty of imprisonment in order to arouse the conscience of the community over its injustice, is in reality expressing the highest respect for law.”He particularly understood the need to renew the vision and energy of the movement by embracing Black youth, their leadership, and their vision.

As we celebrate Dr. King’s legacytoday, we should acknowledge and celebrate how far we’ve come and how far we need to go. There would–be no Black Lives Matter Movement without the Civil Rights Movement because BLM builds on DR. King’s dream that is yet to be fulfilled.

Join us at RE-Center on February 25, 2021 at 1:00 pm for a virtual panel discussionFrom MLK to BLM: A Conversation About Dr. King’s Legacy and Where We are Today.More info to come.